The building at 614 Miner St. was the site of the Miner Street Grocery Store. It was built in 1906 as a flat roofed stucco building without a basement. Subsequent renovations added the 2nd story, a dirt basement, and brick siding. 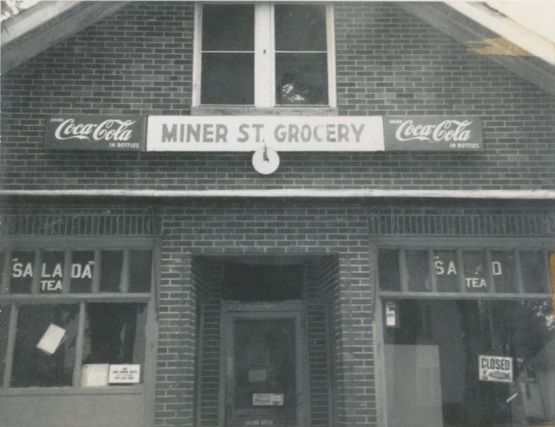 For many years the store owners lived next door. It was a store until about 1972 when the owners gave up because the neighborhood had changed and there was a lot of crime.

In 1975, after the zoning had reverted to residential, it was purchased for $10,000 and rented out as an artist space.

In about 1980 it was purchased and converted to a private home, adding a kitchen, rooms upstairs, plumbing, a concrete basement, and other improvements.

The open room that was the store with its pillars is reminiscent of the shrine rooms in traditional Tibetan buildings.

The Ann Arbor KTC purchased the building in Summer of 1989.